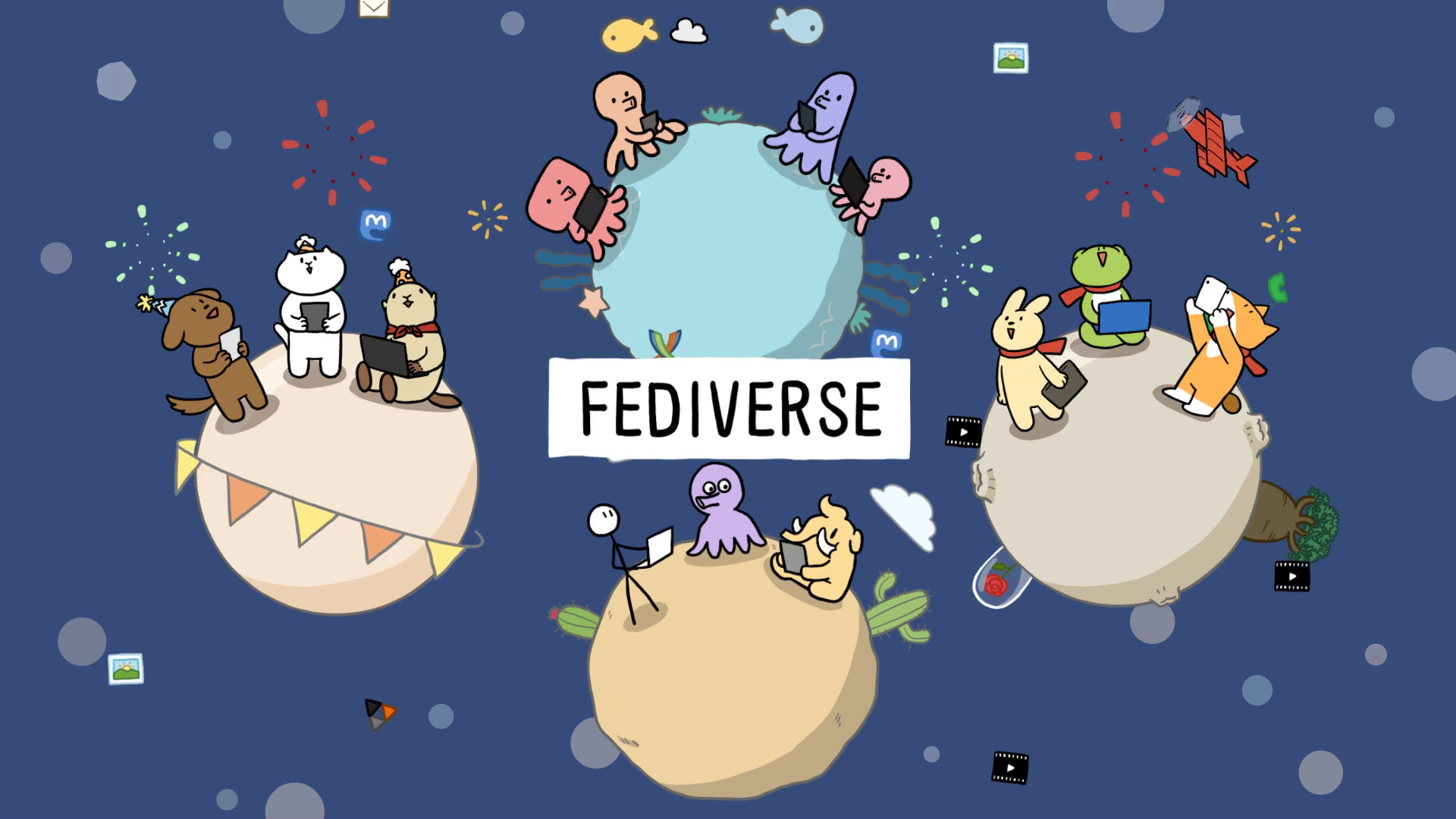 While reeding, keep in mind this article is tagged as #opinion.
I may tend to illustrate stuff with mastodon, since it is the most advanced network in the fediverse.

The concept is not difficult. In fact, you already know it as email. When you send an email, you are reaching someone@somewhere.thingy. It can be gmail.com, yahoo.com, autistici.org or whatever. When gmail is down, yahoo users can still send and receive emails.

The last part of this users is the instance they are registered in. The server. If every user registered on the same instance, the fediverse wouldn’t make sense, since a single node would concentrate all the network.

Decentralized networks are resilient to censorship. If one platform “cancels” you, you can simply pick up and move to another server. If one server goes down, the rest remain.

All Fediverse servers are completely free and open source software, which means that anyone can build their own community.

Now comes where it gets interesting. Every server has its own mindset, its little community of alike users. Some are more general, some are LGTBIQ+, some are tech oriented, some are art oriented, mainly for one language, and so on.

There are thousands of “servers” on the Fediverse. Each is totally unique with their own rules, themes, and even features. Most servers federate with most others. Choose a community that is right for you, and move at any time.

For example, the admin of your instance may have blocked fascist servers. It is common for users to first register in a generic instance and then migrate their account to an instance that fits them better. And that is totally fine!

But you can still interact with other instances (unless they are banned by your admin)! There will be three timelines:

How does the federation take place⌗

But how do they talk from one instance to another? The email world is driven by protocols such as IMAP and SMTP, DNS entries (SPF, TXT, DMARK). Here, the fediverse is driven by the ActivityPub (and its underlyings). I won’t go further here.

I donate monthly to the admin of my instance. Mostly these donations just cover the infrastructure expenses and invoices are shared (at least on my instance). When the expenses are not being covered, the admin shares a toot calling for help and support.

You don’t have to donate, but they do not run ads and they host the instance out of passion.

There are a few federated alternatives to commonly known services, such as:

Each federated social network has its own set of apps, even though some are cross-compatible (normally between pixelfed and mastodon). You can have a look at mastodon apps here.

There are also apps that support most of the social networks of the fediverse into one app.

If there is something I can say, it is that the interactions I had into the fediverse have been much richer than on Twitter/Instagram. They add value and are not toxic, since people on an instance are much more alike. It also helps that the instance decides what servers it will not federate with, avoiding most of the toxic interactions.

More information about the fediverse can be found here.